Note: the statistics in the study (below) are from two decades ago - the 2001 Census data. Some of the information remains the same, but there have been demographic and sociological changes. The universities have grown and on average Round Hill residents are younger.


The Council's Urban Characterisation Study on the Roundhill neighbourhood
Context 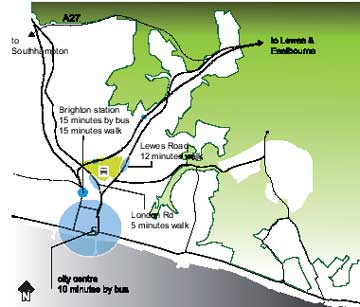 As the name suggests, Round Hill is a rounded ridgeline that protrudes into the city centre. The neighbourhood has some important views out over the city, St Peter’s Church and towards the sea, as well as back towards the downland and other important landmarks, such as Brighton General Hospital. The topography is the reason why developers were attracted to locating large villas here and developing the hillside for Brighton's more affluent population. Although the neighbourhood rises up over the flat land along the coast, the streets feel sheltered from the prevailing winds due to the abundance of street trees that help to reduce wind speeds and provide shade in the summer.

[Editor's note]: The Council's researcher probably overestimates the number of trees lining Round Hill streets. The latter look somewhat devoid of trees compared with streets such as Florence Road in Preston Park Ward. Perhaps this deficiency could be rectified through a community-led project. 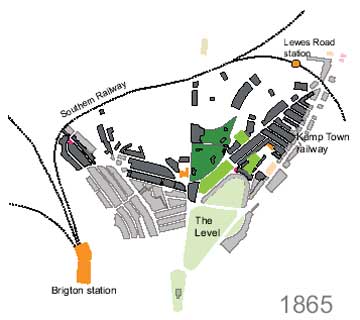 Roundhill is a Victorian inner suburb located close to the city centre with good links to the universities, Lewes, surrounding countryside and rail links to London.

Until the 1360's there were only a few Regency-style houses located near The Level and the villas of Roundhill Park. With the building of the Southern and Kemp Town railways, Mid-Victorian suburbs began to grow up around the London Road and Lewes Road stations. 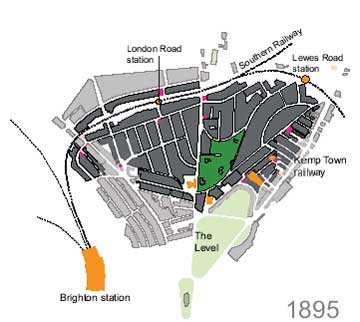 The size and scale of the houses differ from those located at the bottom of the hill compared with those located at the top. The cramped accommodation of the North Laine once ran along the eastern boundary of Brighton Station at the bottom of the valley. The accommodation gradually becomes larger and grander as the development progresses up the hill. The prime location was Round hill park that offered impressive views over the city towards the sea with St Peter's church as an important landmark.

Much of Round Hill can be classified as an urban pre-1914 residential inner suburb whose street pattern, architecture and character have been well preserved. Many large houses converted to flats. The Council describes the neighbourhood as "a good quality urban environment with tree-lined streets, close to popular parks, and with a strong sense of place." This description overestimates the number of trees lining Round Hill streets, which don't come near to what is on display in Florence Road in neighbouring Preston Park ward. Perhaps the deficit could be addressed, though what species of trees would be appropriate and where would they be sited without risk to water mains, gas mains, drains and buildings? 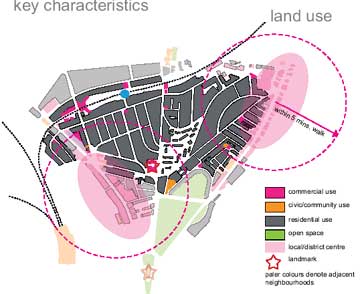 The neighbourhood is characterised by two to four storey terraced housing; four storeys would typically include a basement and an attic floor.

Many of the terraces have been converted into flats resulting in a relatively high gross density of 78 dwellings per hectare (see appendix 1). The terraces are arranged over a strong grid pattern so that road infrastructure is kept to a minimum compared to developed land but allows a variety of routes through the neighbourhood.

The neighbourhood is characterised by mid to late Victorian and Edwardian terraces with some large semi-detached villas. Laid out over a defined grid pattern, with regular setbacks of small front gardens or the terraces directly addressing the pavement, there is a strong building line. There is a consistency in architecture and building height as the neighbourhood was developed over a short period of time. All these factors help to create a neighbourhood with a strong identity.

There has been some infill during more recent years, which is modern in style, though not considerable enough in amount to significantly compromise Round Hill's distinct period identity.

Most of Round Hill's "green ribbons", an important part of the original layout, are similarly intact, though there have been planning applications to build both adjacent to The Cats' Creep and next to the railway corridor. 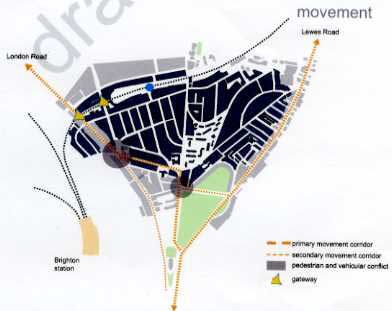 The neighbourhood sits on a ridgeline between the Lewes and London Road corridors with the Southern railway running along its northern boundary. This means that most vehicular activity is located along the boundaries of the neighbourhood and along with it local centres of activity, leaving the streets of Round Hill predominately quiet during the day.

Many people do use their car to travel to work, however nearly the same percentage travel to work on foot due the neighbourhoods proximity to the city centre and local hubs of activity. The numbers of people who cycle to work is very low. This is probably due to the local topography, (see appendix 2).

The high proportion of terraces and converted flats attracts a high number of young professionals and educated workers. Almost half the local population are students, attracted to the privately rented accommodation of the smaller terraces of Roundhill estate, and it's good connections to the universities and city centre, (see appendix 3)

The neighbourhood's topography, suggested by its name affords good views out towards the hill and back to towards the sea and local landmarks. 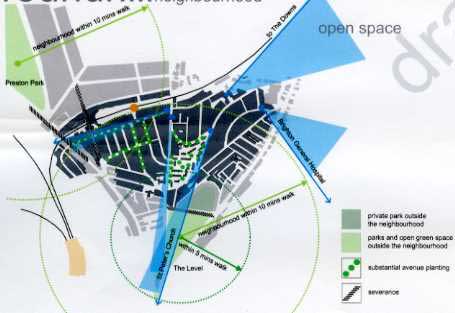 There is no public open space within the neighbourhood itself, however The Level and Preston Park are within 10 minutes walk for most residents.

Heavy Traffic along Union Road and London Road means that green open space and play space are hard to access for children. The Level appears to be very under-used . One explanation for this could be that the heavy traffic on all sides of park severing it from surrounding neighbourhoods.

Many of the streets within the neighbourhood accommodate mature street trees, including elm, horse chestnut, london plane and lime helping to create corridors of food and shelter for birds and insects. (Possibly again an overestimate by The Council!)

There are some interesting details within the public realm such as elevated pavements and period railings. However there are many different paving surfaces, trees fight for space within the street and pavement and there is unnecessary signage that clutters the street scene. 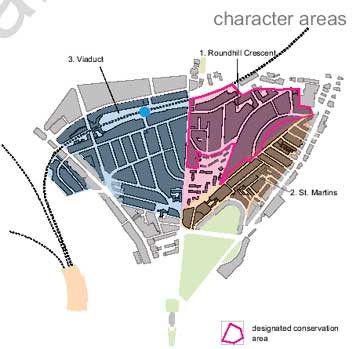 A historic residential area that follows the steep contours of the slope up to the ridgeline, giving long views over the city. Medium high density with a mix of scale.

Predominantly Victorian, ranging from grand four storey converted houses storey to small two storey houses, but with a significant area of low rise 1960s blocks of flats in a green space to the south. Victorian houses, with the viaduct as a dominant landmark. A strong sense of identity.

[Go to the Council's own PDF document on the characteristics of Round Hill for larger images of the five appendices below.] 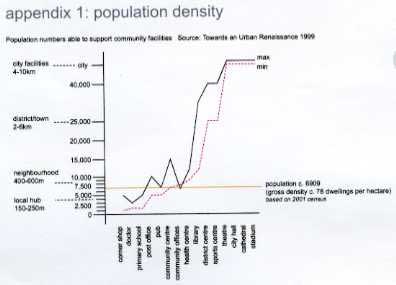 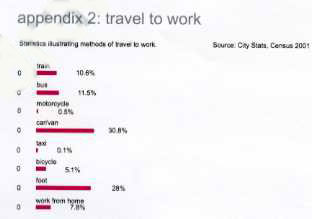 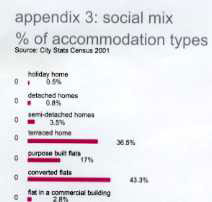 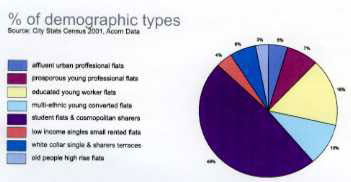 [Go to the Council's own PDF document on the characteristics of Round Hill for larger images of the five appendices above.]

A comprehensive study of the characteristics of different neighbourhoods, which make up the city of Brighton & Hove.

These studies are intended to inform planning policies. These 'background study' descriptions will not carry the weight of SPDs (Special Planning Documents) in influencing planning decisions, but will inform policies. Content from them might find its way into later SPDs, so as stakeholders in the planning process local residents have an interest in contributing to the quality, focus and accuracy of the study.