The swifts are back

The swifts are back — so it must be summer!

My next door neighbours and I have always (well it seems like always) seen who can be the first to observe the first swifts of summer, flying high above our gardens. Well I saw half a dozen this morning —10th May. They are the front flyers and the rest will arrive over the next few days. They have an arrow shaped silhouette with curving wings and a short forked tail.

When I first moved here, forty- seven years ago, they arrived on 17th May. I’m told they arrive earlier now, due to global warming. The sky used to be full of them; now if I can see twenty at any one time, I think I am really lucky.

Swifts are remarkable birds: no other bird spends so much time in the air. They nest in holes in walls or roofs, having mated on the wing. After raising their young, a swift may not land again until it returns to the same nesting site the following spring.

The young are fully independent as soon as they leave the nest and their first flight will probably last twenty- three months before they, too, will land to build a nest. They will have covered around 350,000 miles. They spend autumn in West Africa and then on to the Cameroons and the Congo, in East Africa, feeding and sleeping on the wing.

And today they are in Richmond Road and Round Hill Crescent. 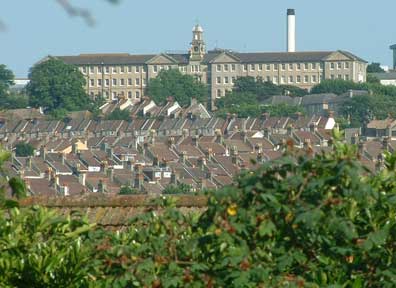 What a journey. What will they find? Fewer insects than ever perhaps, because of all the insecticides used. Less nesting places, as most of us don’t like even very small holes in our roofs, but at least more of us have ponds, so if not sprayed and killed on sight, flying insects, including aphids and midges, should be more plentiful and hopefully, the birds won’t starve. They’ve flown all those thousands of miles — they deserve a treat!

PS Rob said he saw his first swift on 1st May this year.

Editor’s note: Jan’s wonderful garden deservedly won the national ‘Wildlife Garden of the Year’ award in 2003. The BBC have been filming there and Jan and husband Rusty have been invited to appear on BBC1’s coverage of the Chelsea Flower Show on Friday 28 May with Bill Oddie. Jan has promised a write-up for the next issue.

The Natural History Museum has its own wildlife garden and a fantastic website which you can visit at www.nhm.ac.uk.
This page was last updated by Ted on 09-Nov-2013
(Registered users | Amend this page)