A related article: Wakefield Road in 1871 will record when most of the houses were planned as well as the identities and occupations of some of the early occupants of Wakefield Villa, Rose Hill Villa, Sylvan Lodge and Rose Hill Cottage. It will also indicate the locations.

You will gather data on everybody living in Wakefield Road in 1891, including servants.

Another is James VIGAR of 4 Wakefield Rd (born in Sussex).

The lets you fill in the street name. Take care to shorten "Wakefield Road" to "Wakefield Rd" (as above). The birth county is optional.

Who was living in your house?

There was even a Tricycle Maker living at 19 Wakefield Road very near to where "Dr Bike" lives now. See Street Play Dates for 2019.

Click on the housenumber to find the names and family relationships:

Note the growing number of laundresses.

Also note the continuation of high numbers of jobs related to the railways. 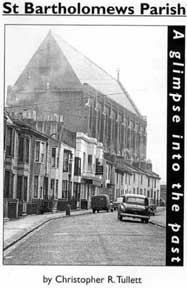 Arthur Wagner built many homes for railway workers and during the 1870s executed plans to build both St Bartholomew's church and St Martin's church on Lewes Road. He built the latter as a memorial to his father, Henry Mitchell Wagner, who was vicar of St Peter's Church Brighton.

Included in the area which St Martin's served was Round Hill. Notice that the census records list the Eccliastical Parish (in which Round Hill is included) as St Martin's. The Parish of St Martin's extended to the east side of Lewes Road.

The proximity of Lewes Road Station (both within Round Hill's D'Aubigny Road and accessible from Lewes Road) and the nearness too of London Road Station (in the case of Wakefield Road) helped railway employees to get to work. Chris Tullet's excellent booklet (produced in 1999) remarks on the number of pubs in the vicinity of St Bartholomew's church with railway names. Opposite London Road Station, the former Railway Hotel, is now called The Signalman, though with new development and the difficulties of keeping pubs open, historical references are fewer now. 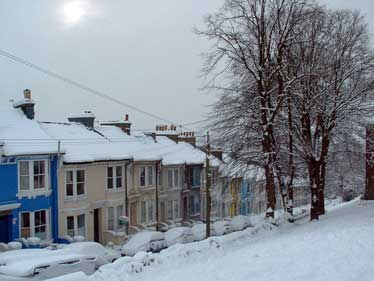