Scrutiny of Brighton and Hove City Council's policies to protect open spaces valued by local neighbourhoods, including our own (Round Hill), was attempted in January 2010 by Cllr Amy Kennedy (Preston Park Ward) in January 2010.

She asked several searching questions. Joint answers were given by the Council's City Planning and City Parks departments.

See the full report: both questions and answers

We need to ask our own ward Councillors to continue the scrutiny of Council policy on open spaces started by Cllr Kennedy.

Better answers to the questions posed in section 3 are needed (see analysis BELOW) if we are to prevent the loss of Round Hill's 'green ribbons' in the future.

Many of these green lungs have a place in Round Hill's history as drying fields for laundries, though the part they play today is to offer a rural feel, a habitat for wildlife, visual amenity, and a feeling of openess and well-being in an already very densely populated neighbourhood.

The context for Cllr Kennedy’s questions was the loss of three open spaces valued by local residents in of Brighton & Hove.

1. Land to the east of 55 Highcroft Villas (planning permission granted on appeal by Public Inquiry, January 2009)

Princes Road open space as it was in 2003 - a wildlife haven screened from both Hollingdean Depot and the Centenary Industrial estate. Carelet purchased this greenfield site early in 2004 having been informally advised by The Council as to what development might be granted. The Council has never to this date involved the local community in assessment of this open space using the procedures recommended by the government in Planning Policy Guidance PPG17 Diagram 1: Redevelopment of an Existing Open Space. 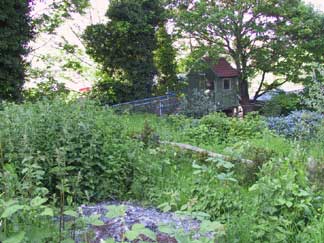 3. Land to the rear of 140-146 Springfield Road (planning permission granted on appeal by Public Inquiry, October 2009) - This is the attractive plot opposite Platform 1 of London Road Station, which gives a rural-feel to a well used facility where both immediate residents and rail transport users can experience visual amenity.

By following the officers' advice, the planning committee extended the current permission to build 4 houses on the much valued open space opp Platform 1 on London Road Station until 2016. 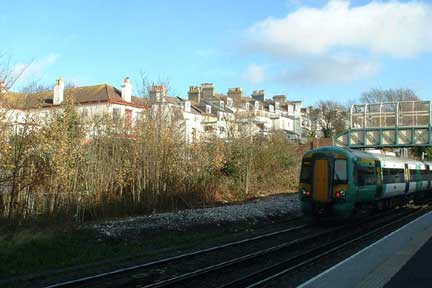 Cllr Kennedy’s questions to the Council’s Environment and Community Safety Overview and Scrutiny Committee were:

How adequate are the answers from City Planning and City Parks?

In describing the current status of the Open Spaces Stategy, City Planning and City Parks immediately limits the terms of reference in section 1.2 to publicly-owned parks. Round Hill is completely lacking in public parks and recreation grounds, yet government guidance insists that assessment of open space needs should be locally-derived and should include plots and application sites valued by the local community irrespective of whether they are publicly or privately owned.

Section 2.2 of The Council's draft conservation strategy sets out its overarching objective. This includes:

maintaining and promoting high quality architecture, streets and open spaces within the historic areas of the city.

Limitation of the Council's Open Spaces Strategy to public parks and recreation grounds etc (elsewhere in the city) not only fails to comply with government guidance on locally-derived (neighbourhood-specific) provision for open space needs, but provides no tool for maintaining and promoting all the open spaces within the Round Hill conservation area. our Council has not got an open spaces policy which serves Round Hill's local needs. The adjective "Citywide" which is uses to preface descriptions of its open spaces policy highlights its main defect. Open spaces needs are neighbourhood specific and often reference specific application sites.

Not one specific policy on open spaces is cited in response to Cllr Kennedy's second question. Instead, there seems to be keenness to emphasize the Council's commitment to seeking designation as a Biosphere Reserve in the very general answers to both the second and the third question.

If we take the latter commitment at its word, it is pertinent to ask why (e.g. on the Carelet site) the Council allows a greenfield site to be stripped of trees and vegetation (wildlife habitat, flora & fauna) before planning permission for residential development had ever been given. When planning applications are made, developers are required to complete the Council's biodiversity checklist. What is the point in asking them to list features of biodiversity interest on their application sites when they have already made sure that nothing of interest remains? 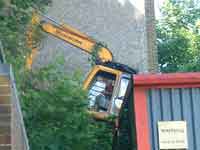 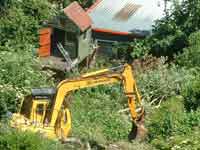 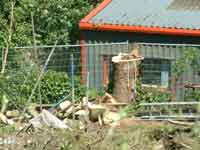 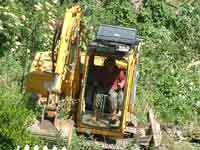 I recently asked at a Conservation Advisory Group meeting if a question could be added to the Biodiversity Checklist accompanying planning applications to find out if prior site clearances by developers have reduced or eradicated the biodiversity offering. I do not sense any eagerness among Council Officers to follow up on this suggestion.

Specific policies on open space from other Local Authorities

Other Local Authorities are a long way ahead of Brighton and Hove City Council in getting to the specifics of policies which support local communities in their efforts to preserve valued open spaces. If we are willing to build anywhere, a city, which prides itself for its green policies, values its own history and acknowledges that there is a shortage of open space, risks risking neighbourhoods which both accommodate a lot of people and function successful. We need quickly to follow Hart District Council's lead in framing specific open spaces policies:

In their June 2012 update on their Open Space policy base for their own Local Development Framework, Hart District Council cites a 2009 document entitled South East Green Infrastructure Framework from Policy into Practice. Green Infrastructure includes includes greenspaces in and around housing as well as domestic gardens. From this, they have derived two specific policies of their own (see section 3.3.5):

URB22 Change of use of small open space areas:

In the interests of local amenity, the change of use of small areas of open space within housing estates and in other locations in the main settlements will not be permitted unless it can be demonstrated that the parcel of land is of minimum benefit in terms of its impact on local amenity and recreation.

City Planning and City Parks answer "yes" [ See section 4.1 of their responses. In sections 4.2 to 4.5 they talk up their own public consultation procedures and the efforts of voluntary organisations and Friends Groups which look after open spaces on publicly owned land within the city.

The true answer to Cllr Kennedy's fourth question is "no" (in relation to Round Hill's open space needs and the three specific opens spaces she cites in her letter) or "not completely" - the omission being in relation to open spaces on privately owned plots.

Brighton and Hove City Council's open spaces studies have not been wholly compliant with the government's Planning Policy Guidance PPG17 because they have failed to involve local communities in open space assessment in the context of proposals to develop valued green spaces.

The procedures recommended by the government for public consultation and decision-making are set out clearly in the government's PPG17 Diagram 1:  Redevelopment of an Existing Open Space.

Have the 30+ residents whose back gardens face the historic drying field been asked about the strip of land's contribution to their outlook and visual amenity? Open space assessment involving the community in relation to a specific site is quite distinct from the "City-wide" open space studies our Council has performed to date. It is a process which should be completed before redevelopment of an open space is even considered.

These procedures were ignored in relation to the Carelet site. The Council should have put them into effect as soon as they learnt of interest to develop the site; instead they gave informal advice to the developer (prior to Carelet's purchase of the greenfield site) that they might be granted permission for a development of up to four storeys if the right conditions were met.

While developers are able to have discussions with Council planners about the acceptability of "change of use" or "size of scheme" they may be granted, then it is high time the Council consulted the Round Hill community on their open space needs.

Ward councillors should be encouraged to press Council officers to carry out or require site-specific open space assessment in which residents are given the opportunity to affirm the value of their greenfield sites.

Note: that the planning documents referred to in this article have now (2020) been replaced by Government Guidance which makes the loss of valued green space even more probable, though one positive development is the reinstatement of back gardens as "greenfield" land .

Round Hill's "green ribbons", which so many residents thought should be protected when we surveyed their opinions in 2006, are still intact i.e. clearly discernable in long views from Woodvale and Tenantry Down across the valley.