On Saturday 21st May 2016, several Round Hill residents joined staff / volunteers / service users from Pavilions to dig out roots and weeds from flower beds at Richmond House. Thank you to City Clean for removal of the large pile of garden waste which was extracted.

View a 2-minute video clip of this session in progress.

The aim of this project is to create an inviting open space which we hope to be able to take pride in when our joint gardening project is eventually completed.

Thank you to Georgia (from Pavilions) for the gardening photographs reproduced further down this page, which show clearly what was achieved to the north of Richmond House within what used to be the platform of Lewes Road railway station (first station stop on the Kemp Town branch line), used more recently as a car park. 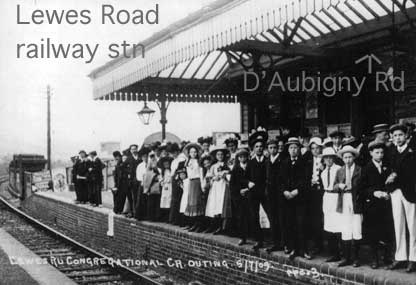 For more on the former railway station (once located on a viaduct to the rear of Richmond Hse) and the early development of D'Aubigny Rd:

We had Round Hill residents and Pavilions staff/ service users working at the front of the building (west side) as well, so the three photos of Georgia's produced below just show part of what can be achieved during a 3-hour gardening session.

The photos of BEFORE and AFTER show more than just the work done. They also sample just one of the spectacular long views out of the Round Hill conservation area from this former railway platform, which was also the site of a pickle factory when the railway was in operation. 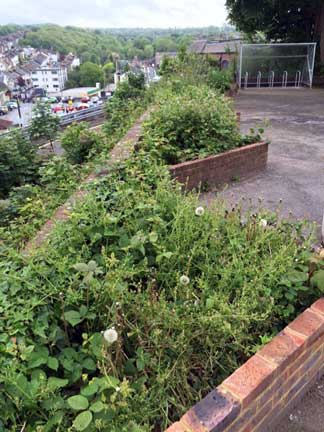 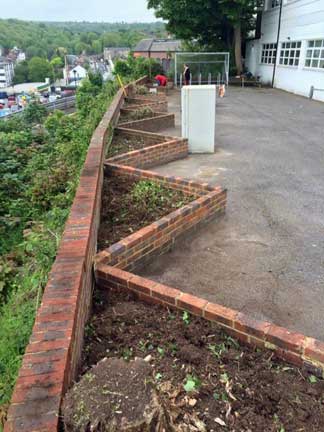 There's always "a robin" during a gardening session! 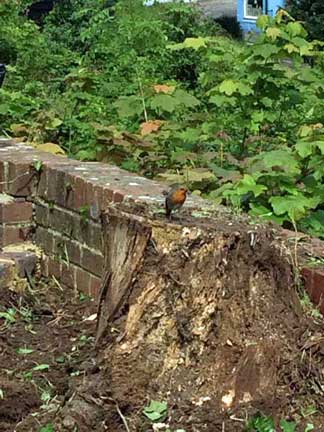 Potential for a very inviting garden

The open space to the north side of Richmond House has fantastic potential as an inviting garden and sitting out area. Pavilions staff in their upstairs office area enjoy panoramic views of Saunders Park, The Lewes Road valley, Woodvale etc.

However, there outdoor open space to the north of the building takes in much of the same. 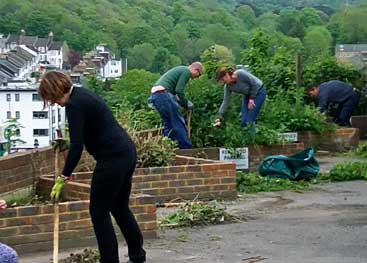 In addition, looking more towards the north,  there remains a long view towards Wild Park and Coldean Woods in spite of recent development in Hollingdean Road.

Long views could easily have been lost for ever 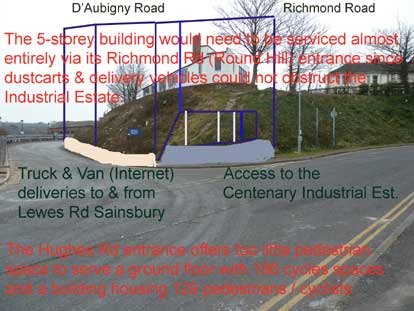 Attempts to seal off our long views

Not so long ago, planning applications were made proposing the demolition of the Richmond House building, arguing the economic need for a 5-storey student block which would have sealed up the open space to the east of Richmond Road and the north of D'Aubigny Road. The open space to the north of Richmond House would have been lost and what are still long public outdoor views would have become indoor private views only. Fortunately, two such planning applications were REFUSED and the appeal which followed the second refusal was DISMISSED.

The Round Hill Society welcomes Pavilions and Cranstoun's approach to providing users of their service with an open, friendly and inviting environment. Their interior refurbishment of the Richmond House building provides just that. But it is good news too that staff at Pavilions have identified the opportunity for making something of the garden. The latter is fortunately sited. Although this open space could benefit from continued care and maintenance, it already makes a significant contribution to the visual amenity of The Round Hill conservation area. With Pavilions as a long-term tenant, the outlook looks promising.

The value of "an open-feel"

As well as visual amenity, these views provide psychological relief to the occupants of Round Hill and to the general public.

The retention of the long views was considered important by the Government Planning Inspector when she rejected a development on the Richmond House site at the north end of D’Aubigny Road in 2014. To quote from her Report:

These views out of the densely developed streets are a recognised and positive part of the character of Round Hill so that their loss is particularly serious.’ (Appeal Decision APP/ Q1445/A/13/2210775 para 13)

The Inspector also made reference to the Brighton and Hove Local Plan, Policy HE6, which seeks to ensure that developments affecting a Conservation Area retain spaces between buildings which make a positive contribution.

The Round Hill conservation area has three precious long views looking eastwards, the third of which is currently threatened by development - soon to be decided:

[1] from summit of Princes Road (also at the junction of Princes Road and Mayo Road) which takes in the Lewes Road valley (a little less of it in recent decades). Looking up towards the horizon from right to left, the long public view also spans Brighton General Hospital, the main stand of the race course, Woodvale and Tenantry Down, the top of Bear Road, Bevendean and Moulsecoomb. 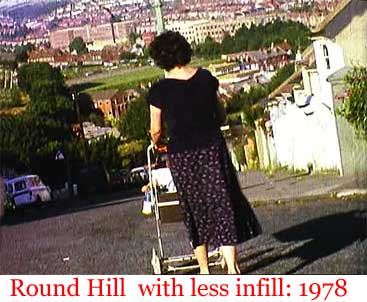 [2] from the lower end of Richmond Road and its junction with D'Aubigny Road, which opens out into a spectacular panorama from the Richmond House car park. 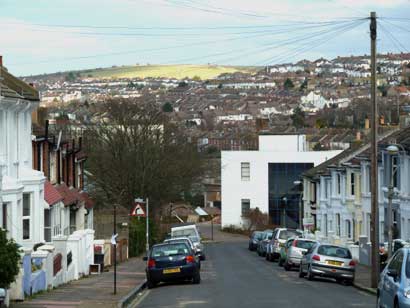 [3] from the south end of D'Aubigny Road through the generous gap which has divided the terraces of  D'Aubigny Road and Roundhill Crescent ever since the original layout in the early 1880s. 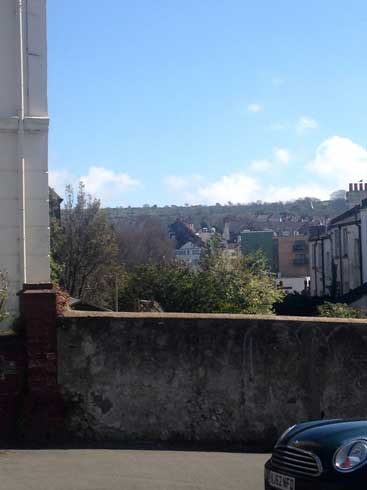 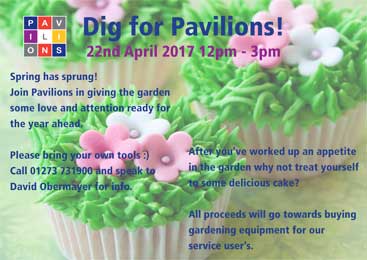 The turnout for this session was smaller than last year, though those who attended (David, Helen, Luca, Annie, Baraba, Ted)  - representing both staff at Richmond House and Round Hill residents - did what was needed: weeding the flower beds at the front and side of Richmond House, pruning some of the shrubs, strimming some of the brambles and transporting weeds, twigs and excess vegetation to the bags set aside for compostable materials.

The excellent weather this April (for those who like the sun) meant that the beds were very dry, though we hope that now that we have had an acceptable clearup rain will arrive soon to help the plants to thrive.

We hope other residents will add to our numbers next time we do this - we realise that Saturday is a busy day for many. We were fortunate that such a good start was made by those who participated last year and are keen to keep the element of liaison between Pavilions and Round Hill residents going in the future.

Read (below) about the start residents - joined  by staff / volunteers / service users from Pavilions - made on improving the surroundings of Richmond House last year.