Red in tooth and claw

by Sandy Thomas from The Round Hill Reporter October 2013

Red in tooth and claw - a tale of the unexpected

A loud, powerful thud in the room above startled me. As I instinctively turned and looked up I caught sight of a sparrowhawk, ruffling its feathers and looking positively put-out, perched on a wall less than three feet from the window.

Marvelling at the presence of the hawk at such close quarters, while simultaneously being puzzled by it, I did not connect it to the loud thud.

Upstairs all seemed to be as normal . . . . . until I noticed shards of glass scattered across the double bed and surrounding carpet. Slightly stunned and definitely bewildered, I slowly scanned the room and in disbelief spotted in one of the window panes a jagged hole, surprisingly small in relation to the shower of glass. On the flat roof alongside was a mass of white feathers. What now? Neighbourly moral and practical support and a reassuring cup of tea. But the “drama”, not yet over, was about to take a comic turn. Looking up at the broken window from the outside as I sipped my tea, my credulity was further stretched by a dove perched on the inside bar of the sash window looking out. 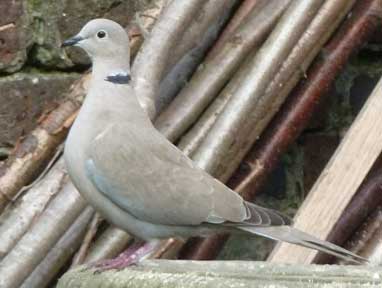 Exasperation at what appeared to be the stupidity of the dove in flying into a room through a broken window was succeeded by farcical frustration as my neighbour and I futilely pursued the dove round and round the room. Finally, the old trick of throwing a tea towel over its head eventually led to its capture. 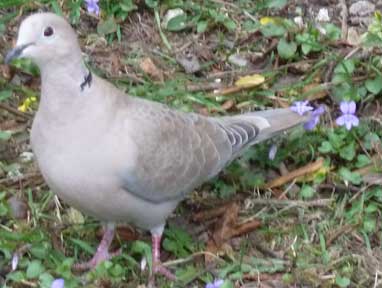 Carrying the dove out into the garden, so light within the tea towel, with its alert eyes peeping out, was quite a special moment. 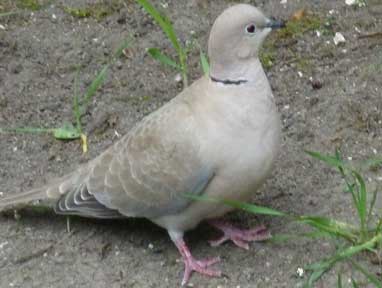 A rational explanation for such bizarre events? Possibly the sparrowhawk had swooped on the dove which had panicked and been briefly stunned as it crashed through the window. 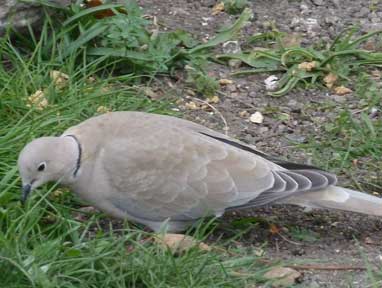 Unexpected? To me, certainly, but according to glaziers not that uncommon. Miraculously, both birds were unharmed. Three special memories remain: that close view of the sparrow hawk; holding the dove in my hands; and my neighbour’s willingness to abandon everything to help me. All part and parcel of living in Roundhill!
This page was last updated by Ted on 11-Nov-2013
(Registered users | Amend this page)