The western boundary of the Round Hill Park Estate runs along Ditchling Road from the junction with Bromley Road to the railway which tunnels under the current site of the BP Garage.

From Bromely Road to Florence Place (The Jolly Brewer)

The Round Hill Park villas 1871 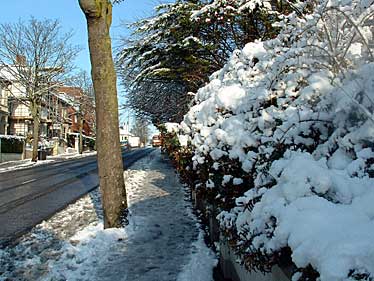 The side by side OS 25 inch 1892-1914 map shows the 4 large semi detached villa residences, still in existence today. These are located at 68 to 80 Ditchling Road - to the north of Bromley Road just south of the junction of Ditchling Road with Princes Crescent.

These villas were assigned to Round Hill Park in the 1871 census as well as in the 1878 Post Office Directory (top left hand corner of page 2866). They are also marked on the 1873 map (which you will need to drag and enlarge to find them!)

The Round Hill Park villas also include the three-storey semi-detached houses (originally 6 reduced to 5) on the north side of Richmond Road east of the junction with Princes Crescent as well as Warleigh Lodge on the site now occupied by Downs Infant School adjoining The Jolly Brewer Public House in Ditchling Road.

Below are some tips on how to use an online census to research the early occupants of the villas (still intact) on the east side of Ditchling Road between Bromley Road (north of Sylvan Hall) and the junction of Princes Crescent.

Practise using the Census data site e.g. study of Round Hill Park in 1871

You will gather data on everybody living in Round Hill Park in 1871, including servants.

Round Hill Park to Ranelagh Terrace

This section, which includes households 1-11 (see below) was later renumbered 68 to 82 and assigned to Ditchling Road.

Changes in occupants by 1878

Page 2866 of the 1878 Post Office Directory which also covers the Round Hill Park stretch of Ditchling Road shows some different occupants:

No. 1   is not mentioned.
No. 2  The Waterman family are replaced by George Funnel.

No. 5  Nobody listed
No. 6  William Coates replaces the Walker family.

No. 11 is now listed as the home of Henry Edwards

The Round Hill Tavern is now listed (George Willard)

The Willard family and two Round Hill Pubs

The Willard family play a significant part in supplying drink to Round Hill residents both at The Round Hill Tavern and at 31A Richmond Road soon to be listed in street directories (e.g. Pikes 1895) as The Victoria Inn.

By 1878, he is the occupant of The Round Hill Tavern 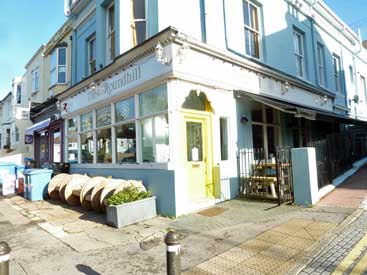 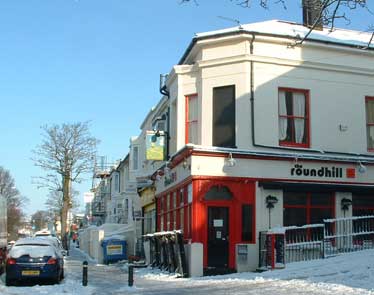 This next section of Ditchling Rd was then 1-17 Ranelagh Terrace. The Roundhill pub is now numbered 100 Ditchling Rd.

Click on the provisional 1853 plan of The Round Hill Park Estate. Plots projected for Ranelagh Terrace are clearly marked out, stretching from Round Hill Road (the junction of Ditchling Road where THE ROUND HILL PUB currently stands) and finishing just two plots beyond the junction at the west end of Princes Road a little way south of where the BP garage stands now. 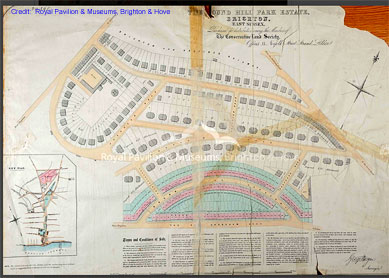 Origin of the name "RANELAGH"

In No. 1442. vol X XVI. of BANKERS' CIRCULAR....., the name of The 7th and final Viscount Ranelagh appears as chair of a meeting at Freemasons' Hall on 28th June 1854 together with publicity for a meeting of THE CONSERVATIVE LAND SOCIETY on 6th Juy 1854 at 33 Norfolk Street, Strand, London.

The purpose of the Conservative Land Society meeting is the allotment of the Round Hill Park Estate (second portion).

There are SEVENTY FOUR plots to be allotted, of which one is a £400 lot, one £100 ditto, one £75, fifty eight £50 lots, and thirteen £37 10s ditto. The present picturesque portion is situated on the Ditchling-road, and is admirably adapted for villa residence, commanding splendid views of tho sea, the town, the race-course, the downs, and surrounding country. The Round Hill Park Estate is within the precincts of the town of Brighton, just beyond the level, on the way to Lewes, and has a considerable frontage onto the high road..

Plans of the Estate price 6d or 10d, if sent by post, mid prospectuses may be had of Charles Lewis Gruneisen (Secretary).

To the north of Round Hill Park Estate

The name "Ditchling Road" is resumed for postal addressses, approximately where the BP garage is now 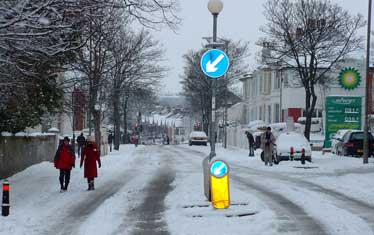 However, even by 1871, there is not much development in this section.

Page 2866 of the 1878 Post Office Directory discloses that
James Newman lives in Round Hill House (the first house logged as No. 23).

George Corney (the timber merchant recorded in the 1873 census) is still then the occupant of Warleigh Lodge.

As the The side by side OS 25 inch 1892-1914 map shows,
Warleigh Lodge, also recorded as No. 23, is actually on the site now occupied by The Downs Infant School.

The beginning of Hollingdean Road [1870s]

The section of this street, beyond where it was blocked off up to where it rejoins what is now Upper Hollingdean Road (before the Victorian railway bridge), was later renamed Hollingdean Lane

Going back to the 1850s and 60s, the same section (beyond the Jewish Burial Ground) was known as Dog Kennel Road. 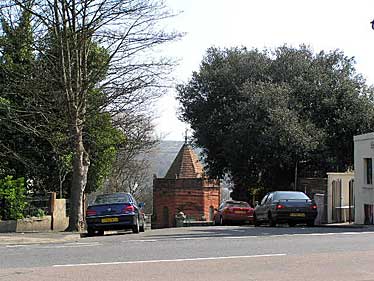 The beginning of the original Hollingdean Road (now a Cul-de-Sac named Florence Place) was at the junction off Ditchlng Road (just north of The Downs Infants' School) marked by The Jolly Brewers' Publc House (still present at the corner).

The Jolly Brewer's Inn is marked under this name on the 1873 map. The occupants of No. 29 Ditchling Road in the 1871 census are publicans - Thomas and Sarah Burtenshaw (head). The 1878 Post Office Directory gives the name of Henry Geoffrey Scarratt as the next owner. The Jolly Brewer Public House (alternative name) dates back to as early as 1848 (when David Dunk was the proprietor).   We learn from Brighton and Hove City Council's listing of The Jolly Brewer as a Heritage asset that Tamplin's acquired the property in 1874. Tamplin's was a well known brewer in Victorian times and their name also appeared on The Victoria Inn (built in the early 1890s) at the junction of Richmond and Mayo Road. 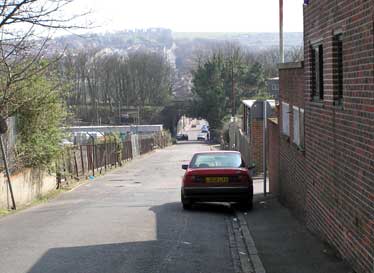 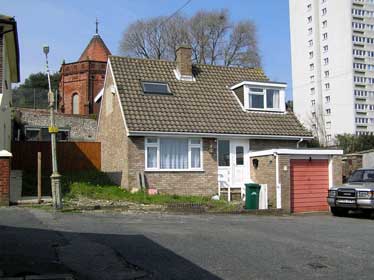 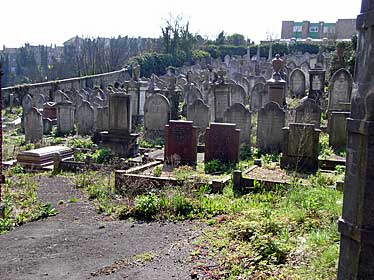 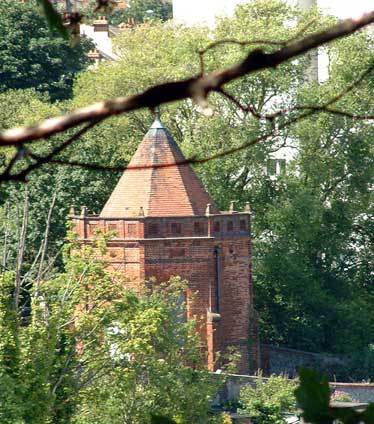 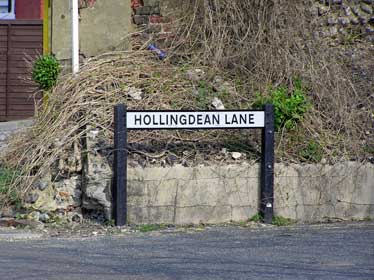 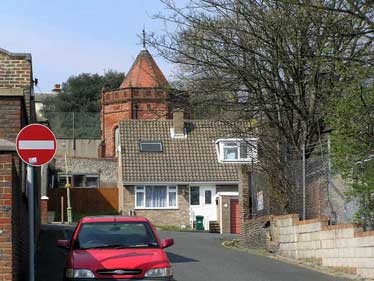